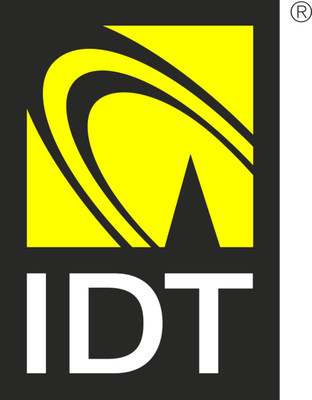 REMARKS BY SHMUEL JONAS, CEO OF IDT CORPORATION
“This quarter showcased the resilience of our core communications and payments businesses while we continued to invest heavily in our growth initiatives including net2phone’s unified communications as a service business, National Retail Solutions, BOSS Revolution international money transfer, and the BOSS Revolution mobile service that we expect to launch later this quarter.

“IDT’s Board of Directors has declared a 4th quarter dividend of $0.19. The dividend will be paid on or about October 20th.

“We continue to work toward the spin-off our non-core assets to IDT stockholders, including our real estate assets, our interests in Rafael Pharmaceuticals, Inc. and other investments, and $50 to $60 million in cash.”

4Q17 AND FY 2017 CONSOLIDATED RESULTS
The IDT Corporation FY 2017 audit by its independent auditors is ongoing and has not yet been completed.

Consolidated results in 4Q16 and FY 2016 include the results of Zedge, which was spun off to IDT stockholders on June 1, 2016.  In 4Q16, Zedge contributed revenue of $812 thousand, a loss from operations of $32 thousand and Adjusted EBITDA of $15 thousand.  In FY 2016, Zedge contributed revenue of $9.5 million, income from operations of $2.3 million and Adjusted EBITDA of $2.6 million.

At July 31, 2017, IDT reported $148.6 million in unrestricted cash, cash equivalents and marketable securities. Current assets totaled $371.1 million and current liabilities totaled $362.8 million.  Reflecting IDT’s agreement to sell its Gibraltar-based bank, all of the bank’s assets and liabilities at July 31, 2017 and 2016 are classified as “Held for sale” in the consolidated balance sheets.

Retail Communications:  IDT’s flagship BOSS Revolution® calling service – which accounted for over 90% of Retail Communications’ revenue in 4Q17 – continued to be impacted by increased adoption of over-the-top voice and messaging, unlimited calling plans, as well as decreased immigration into the US.  These secular trends and events resulted in a 4.8% reduction in BOSS Revolution calling service revenues compared to the year ago quarter and a 5.4% reduction compared to FY 2016.  Revenues from the sale of traditional ‘hard’ prepaid calling cards in the US and overseas as well as other legacy offerings also continued to decrease in line with expectations.

TPS’ direct cost of revenue in 4Q17, expressed as a percentage of TPS’ revenue, increased to 86.7% from 85.1% in 4Q16, and to 86.1% in FY2017 from 84.7% in FY 2016.  This increase primarily reflects a mix shift within TPS towards Wholesale Carrier Services revenue, which generates relatively lower gross margins than Retail Communications’ offerings.

Unified Communications as a Service (UCaaS)
The UCaaS segment is comprised of offerings from IDT’s net2phone® division, including cable telephony, hosted PBX, and SIP trunking.

UCaaS’ loss
from operations in 4Q17 increased to $771 thousand from $190 thousand in 4Q16.  UCaaS’ loss from operation in FY 2017 increased to $1.9 million from $1.6 million in FY 2016.  The increases in the quarterly and full year losses primarily reflect increased employee compensation and commission expense as IDT increased investment in net2phone sales and technical personnel and increased depreciation and amortization expense, partially offset by a significant decrease in direct costs.

Consumer Phone Services (CPS)
The Consumer Phone Services segment sells postpaid local and long-distance services in the U.S., marketed under the brand name IDT America.  CPS has been in harvest mode for more than a decade – maximizing revenue from current customers while maintaining SG&A and other expenses at the minimum levels essential to operate the business.  CPS’ financial results are provided in the segment results chart above and conformed to expectations.

Rafael Pharmaceuticals is a clinical stage, oncology-focused pharmaceutical company committed to the development and commercialization of therapies that exploit the metabolic differences between normal cells and cancer cells.

All Other previously included Zedge, a platform and mobile app centered on self-expression.  Zedge was fully spun off from IDT to IDT’s shareholders on June 1, 2016.  Because the disposition of IDT’s interest in Zedge did not meet the criteria to be reported as a discontinued operation, Zedge’s results of operations and cash flows continue to be included in prior comparative periods.

All Other’s financial results are provided in the segment results chart above and conformed to expectations.

IDT intends to spin-off the real estate and pharmaceutical holdings included in All Other to its shareholders under the name Rafael Holdings, Inc.

DIVIDEND
On September 28th, 2017, IDT’s Board of Directors declared a quarterly dividend of $0.19 per share of Class A and Class B common stock for 4Q17 to be paid on or about October 20, 2017.  The dividend will be paid to stockholders of record as of the close of business on October 16th.  The ex-dividend date will be October 12th.  This distribution will be treated as a return of capital for tax purposes.

A recording of the conference call can be accessed beginning one hour after the call concludes through October 10, 2017 by dialing 1-844-512-2921 (toll free from the US) or 1-412-317-6671 (international) and providing this pin code: 10111313.  The recording will also be available via streaming audio at the IDT investor relations website (www.idt.net/ir) following the call.

In addition to disclosing financial results that are determined in accordance with generally accepted accounting principles in the United States of America (GAAP), IDT also disclosed, for 4Q17, 3Q17 and 4Q16, Adjusted EBITDA, non-GAAP net income and non-GAAP diluted earnings per share, or EPS, which are non-GAAP measures. Generally, a non-GAAP financial measure is a numerical measure of a company’s performance, financial position, or cash flows that either excludes or includes amounts that are not normally excluded or included in the most directly comparable measure calculated and presented in accordance with GAAP.

IDT’s measure of Adjusted EBITDA consists of revenues less direct cost of revenues and selling, general and administrative expense. Another way of calculating Adjusted EBITDA is to start with income from operations, add depreciation and amortization, severance expense and other operating expenses, and subtract other operating gain, the gain on the sale of member interest in Visa Europe Ltd. and the gain on sale of interest in Fabrix Systems Ltd.

IDT’s measure of non-GAAP net income s
tarts with net income in accordance with GAAP and adds severance expense, stock-based compensation, other operating expenses, and the tax expense from the increase in the valuation allowance on deferred tax assets, and subtracts other operating gain, the gain on the sale of member interest in Visa Europe Ltd., the gain on sale of interest in Fabrix Systems Ltd. and the tax benefit from the release of the valuation allowance and full recognition of deferred tax assets.

Beginning in 4Q17, depreciation and amortization expense is no longer an adjustment to net income in IDT’s measure of non-GAAP net income. Comparative results have been restated in all periods presented.

These additions and subtractions are non-cash and/or non-routine items in the relevant fiscal 2017 and fiscal 2016 periods.

Severance expense is excluded from the calculation of Adjusted EBITDA, non-GAAP net income and non-GAAP EPS. Severance expense is reflective of decisions made by management in each period regarding the aspects of IDT’s and its segments’ businesses to be focused on in light of changing market realities and other factors. While there may be similar charges in other periods, the nature and magnitude of these charges can fluctuate markedly and do not reflect the performance of IDT’s core and continuing operations.

In 1Q17, IDT recorded a foreign income tax benefit of $16.6 million from the release of the valuation allowance and full recognition of certain deferred tax assets, and in 4Q17, IDT recorded a federal income tax expense of $11.1 million from the increase in the valuation allowance on deferred tax assets. The income tax benefit and expense are excluded from IDT’s calculation of non-GAAP net income and non-GAAP EPS because neither was directly related to the current results of IDT’s core operations. These income tax benefit and expense are not expected to be reoccurring items.